On the morning of June 5th, Prof. Xu Qinghua from the School of Media and Communication, SJTU put on a fabulous cursive calligraphy show titled "Look to this age" on the Bund View Avenue, Shanghai. He handwrote chairman Mao's oft-quoted poems in large cursive scrolls with a total area of 1,000 square meters, starting with the characters "东方欲晓 (Breaking dawn in the east)" and consummating with "还看今朝 (Look to this age)". 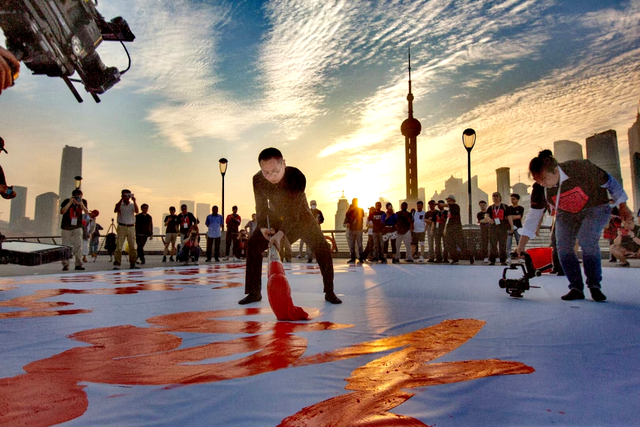 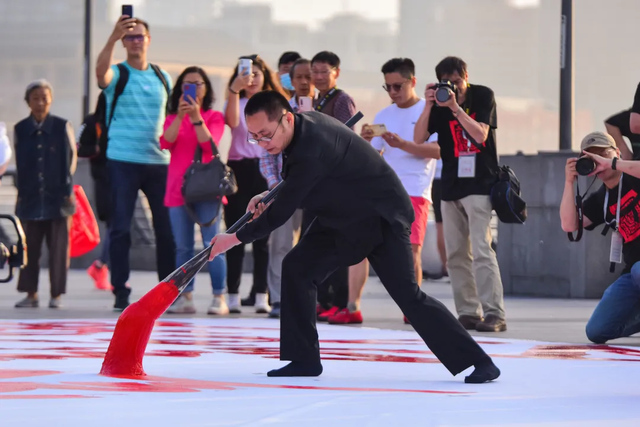 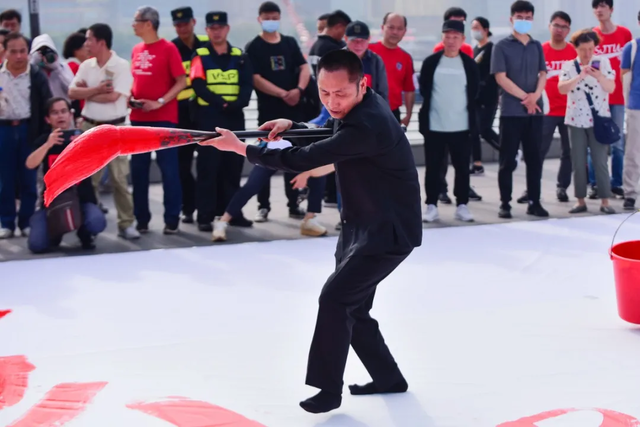 It took more than 4 hours, a giant brush and special red ink for Prof. Xu to complete the creation on a special writing cloth. This cursive writing reaches 10 meters in height and 100 meters in length. The 4 poems written are meticulously chosen to lead us through the extraordinary years of the past and pay tribute to the achievements of the new era, which arouses the aspirations in us to embrace a better future with full confidence. 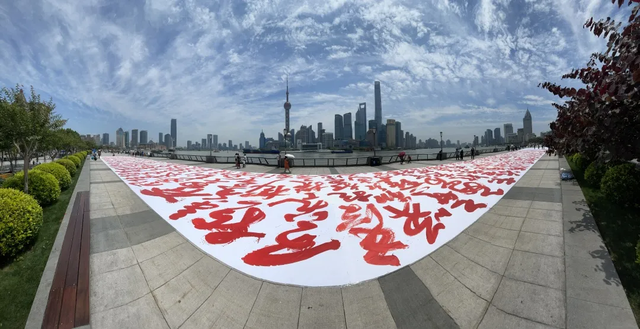 Prof. Xu Qinghua obtained doctoral degree in calligraphy from the China Academy of Art. He is now professor and doctoral supervisor of SJTU School of Media and Communication, director of the Chinese Calligraphers Association, vice chairman of the Shanghai Calligraphers Association, and member of the Xiling Seal Society. Xu Qinghua's cursive writing is pretty unique, especially for his huge cursive script creation in recent years, including the one created for SJTU's120th anniversary in 2016. Five years ago, Xu Qinghua planned to compose a "Pujiang Trilogy" at the intersection bank of the Suzhou River and the Huangpu River. The 1,000-square-meter "Look into this age" on the Bund is exactly the final piece of the series.

Open creation concept, specific place, new tools and materials, integration of modern elements, as well as the courage and self-confidence to complete the work without any letup, and detailed planning-altogether has constituted Xu Qinghua's spectacular giant calligraphy world. 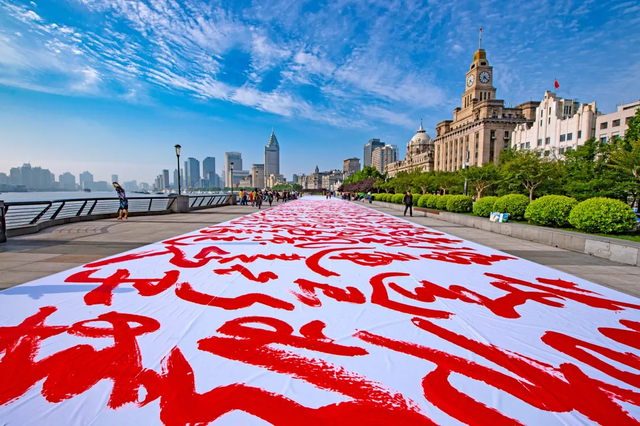 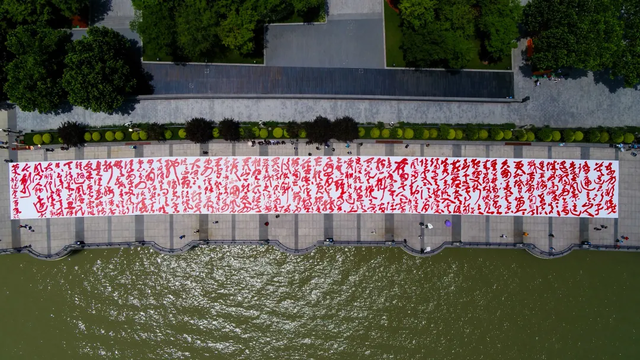